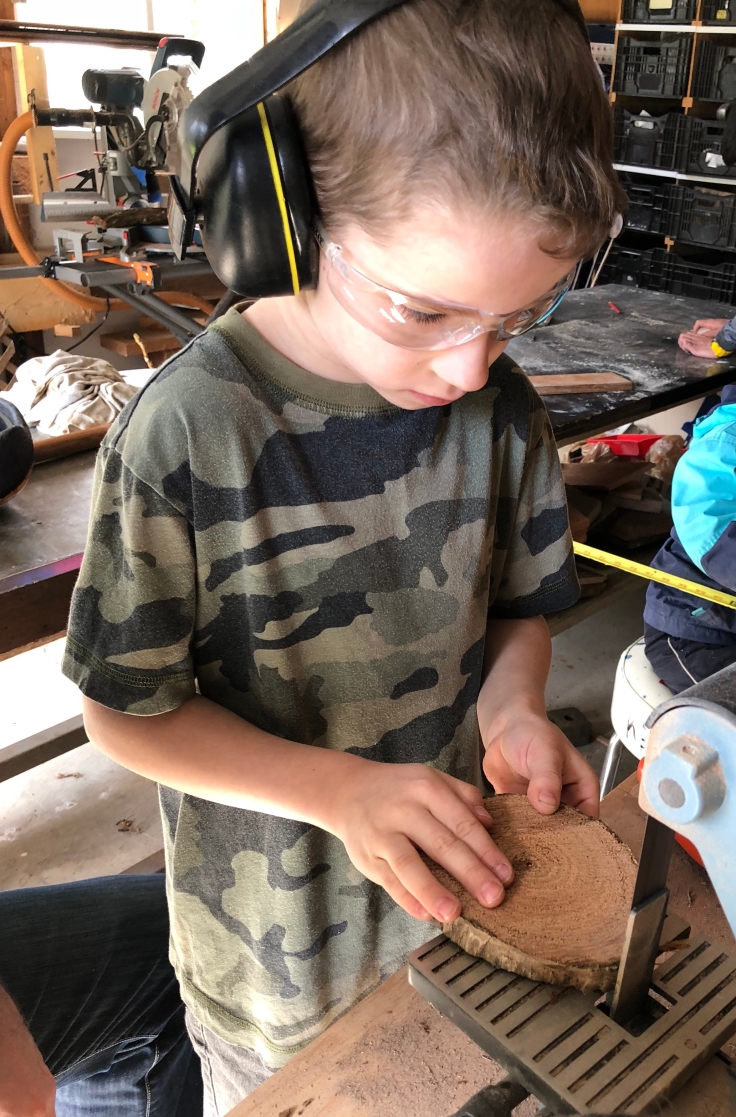 A friend in high-school showed up one morning and said, “Hey, look at my forehead! Do you see it?” He raised his left eyebrow and under the skin I could see a tiny round shape moving.

“We were having a BB gun war awhile back and I got shot in the forehead… yup, it’s still in there…”

A BB gun fight. The idea of such a thing had never even crossed my mind. I was more of the daisy chain, mud pie making kid safely perched on the lowest branch of the tree.

The first time I took my husband (then boyfriend) to meet my brother-in-law, they had a ‘welcome to the family’ sword fight with wood from the scrap pile in the back shop.

“First one to draw blood wins.” The duel ended when a little trickle oozed out of one man’s hand.

A sword fight would have also never crossed my mind as an optional activity. I was too busy playing restaurant, and giving My Little Pony a bath in the kitchen sink.

And then I had four boys. Four boys that arrived with deeply embedded untamed warrior spirits… inside every single one of them.

It really can’t be suppressed, nor should it be. It’s how they were designed, yet I HAVE to teach my boys to hone their warrior skills.

In simpler terms, I have to teach them to respect the BB gun and not use it as an accessory item in a game of tag.

So I stay close to them and teach them to be careful, responsible, and wise. Three characteristics that maybe don’t come so naturally to spontaneous and slightly wild little boys.

Obviously it’s easier and less messy to put away the scissors and the knives, but there’s also huge value in teaching them to be smart from the very beginning.

And the ironic part is that I’ve never seen them more focused and responsible than when I’ve done the following:

That time I gave them a BB gun. The boys burst out of the car and ran wildly across the open field to where their cousins sat lined up in a row each holding a BB gun. All you could hear were the methodical sounds of ‘click click,’ followed by an occasional ‘ping,’ as a BB made contact with a pop can.

“Lower your weapons!” The eldest cousin would shout when the last can was down. Rules were adhered to, cans were set back up, and positions were safely resumed for the next round. And most importantly, nobody took a BB to the forehead.

That time I gave them a hammer, some nails and a board, and a little bit of space to “slightly” smash their thumb now and again. I gave them a few safety rules and then  I gave them some space to prove that they had heard me, and that’s when the maturity started to seep through their little pores. Eventually they even started reaching for the safety glasses without being reminded.

That time I gave them a knife and a cutting board so they could chop up the vegetables for my soup. I handed them the spatula so they could stir the food in the frying pan that was resting upon the open gas flame on the stove top. I warned them of the dangers obviously, “Your skin will blaze right off OK?! And we won’t be able to put it back on…” and then I stayed close to supervise…

I really believe they need to learn responsibility and wise choices with me standing nearby, until BEING RESPONSIBLE AND WISE becomes a natural habit for them.

And then I bravely chose to give them my trust… and what they are able to do with that has begun to surprise me less and less. It’s remarkable to see my little boys evolving into men right before my eyes. Men, who will one day be teaching their kids how to handle the sharp knives too.

One thought on “Teaching little boys to be wise with all things sharp and weapon-like.”