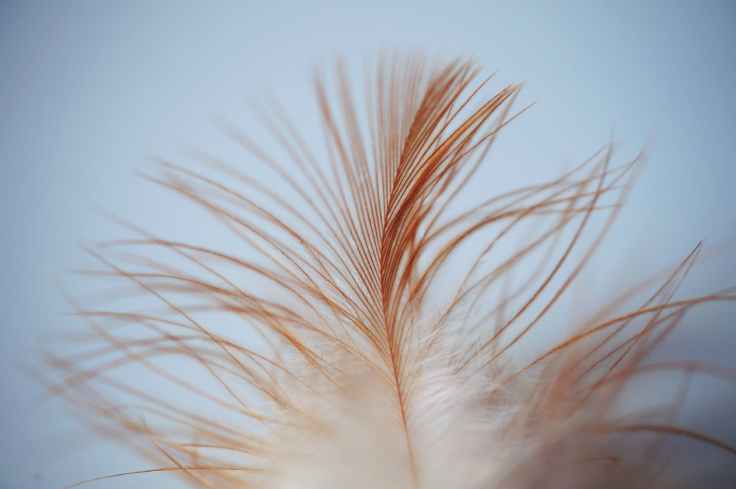 I didn’t know your duvet could literally disintegrate and explode inside your zipped up duvet cover… until yesterday.

Perhaps I had been a little suspicious from time to time due to a random floating feather.

Also, why was the bottom of the blanket so fluffy when the middle was so flat? It must just be shifting with age. 14 years will do that to a duvet I supposed.

That conclusion was followed by a shoulder shrug and a “Well, let’s change out the winter cover because nobody likes a good night sweat.”

As I unzipped the cover feathers came flying out like we had just captured an army of very angry chickens. Feathers were all over me, my bed, the carpet, the nearby bookshelf, my feather attracting sweatpants, and my toddler.

I just stared at the unzipped duvet in front of me, unsure of what my next step should be in this delicate feather predicament I had unwillingly found myself in.

It was like my other 3 sons instantly received an ‘explosion has occurred’ alert deep inside their souls.

They came running from all corners of the house. Books they were reading had been dropped, the playmobil car had been cast aside, and they all stood in the doorway aghast, and very amused.

For once… I was the one to make a disastrously glorious mess.

I pondered, I rolled my eyes, I scratched my head, and I laughed ever so slightly… and then I made a decision to throw that well loved duvet, that had been a wedding gift which had served its purpose 100 fold, into the garbage.

We are used to messes over here. Earlier that day I had heard a huge crash, and I had found 2 little boys sitting inside the stroller seat holding a shelf that they had pulled out of the wall above them. They were sheepishly sitting there holding the shelf contents. That’s not the first time that has happened…

But there was something delicious about Mom making the mess.

I went to dispose of the duvet into a garbage bag and came back to find 2 sons jumping on my bed, and with each jump a little cluster of feathers defied gravity and floated around them for just a brief moment.

It was a mess makers dream.

We cleaned it up together, then I cleaned the vacuum cleaner of the 6 billion quadrillion feathers that had been sucked into each and every hole of that remarkable little apartment sized Dirt Devil.

All was calm once again.

Later that night I tucked son number 3 into bed, and as I wrapped him up tight in his bedding he looked at me and said, “My blanket didn’t break Mama? Just your blanket broke?”

Poor little guy… just lying in his bed wondering if his blanket is going to randomly explode. There’s just only so much information he has gathered in his short 3 year life. It’s precious.

Today the 6 of us trekked on foot to The Bay and discovered a huge sale on duvets and bed sheets. So not only am I now the proud new owner of a heavily discounted intact duvet, I also for the first time in 14 years have a fitted bed sheet that actually fits my mattress.

No longer will I be spending each evening trying to force a stubborn sheet onto four corners of a mattress it absolutely does not want to fit around.

The fact is this. Sometimes your duvet explodes. Sometimes you find yourself standing in the midst of a ginormous mess. And sometimes the biggest explosive messes lead to the very best surprises.

One thought on “Sometimes your duvet explodes…”